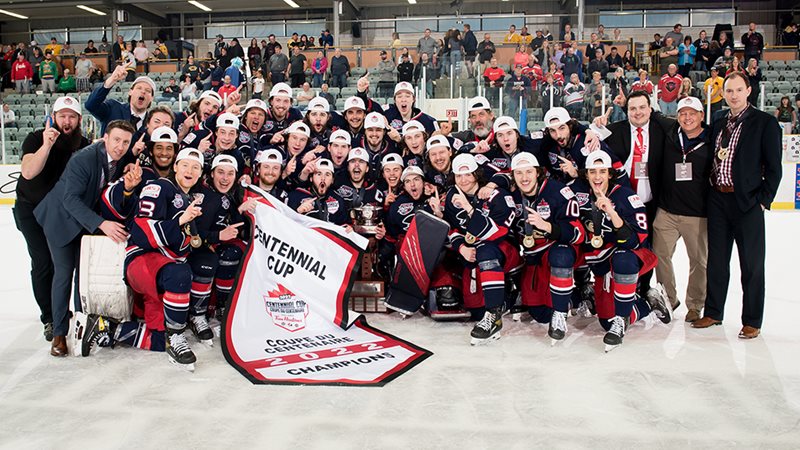 The hardest trophy to win in Canadian hockey? For the last 51 years, Junior A teams have faced off for the Centennial Cup, but only after claiming league titles first. Nine CJHL champions and a host team make up the field, and the 31 different championship teams have come from seven provinces.

Guide & Record Book
Which team has won the most national titles? Which teams scored 11 goals in a game? How many alumni have played in the NHL? Get all the answers in the Centennial Cup Guide & Record Book.
Download
Videos
Photos 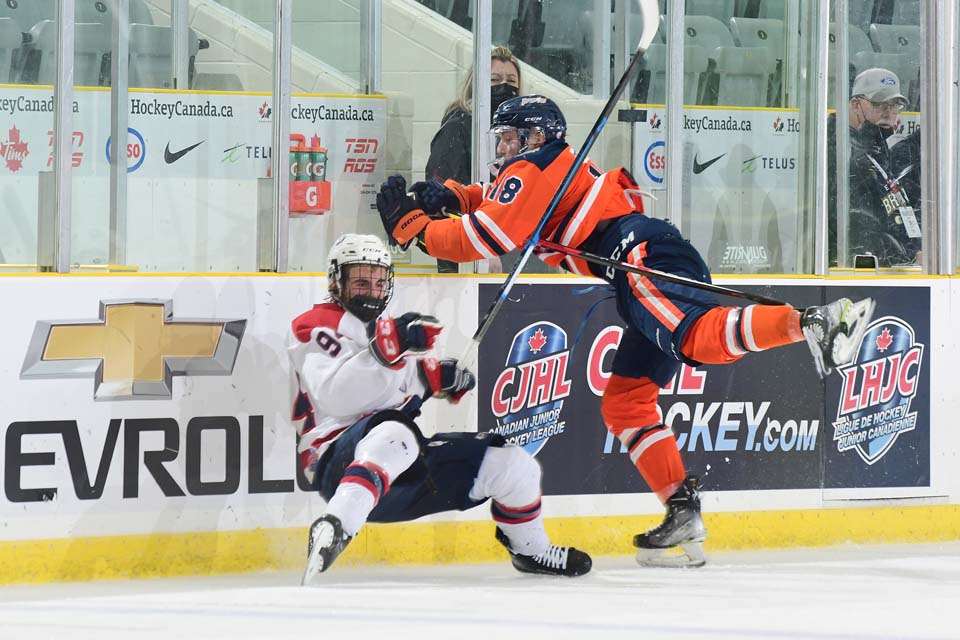 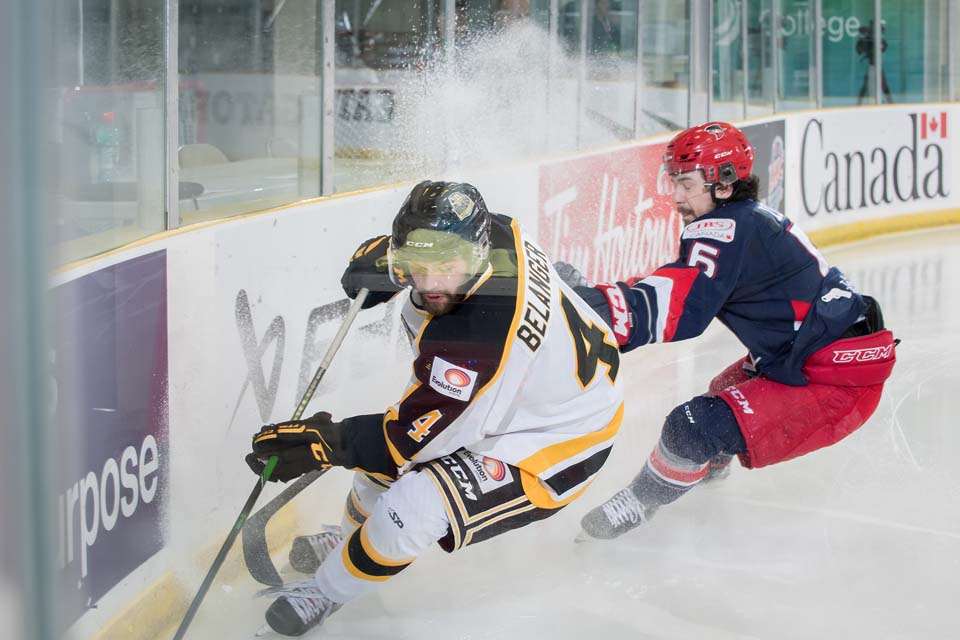 2022 Centennial Cup: May 19 (Preliminary)
The Panthers, Bombers and Bandits opened with wins on Thursday.

2019 NJAC: PG 2 – OAK 1 (Semifinal)
Neaton turned aside 32 shots to lead the Spruce Kings into the final.
Accept
Our sites use cookies to help streamline your experience and enable us to plan future improvements. By continuing to use our site, you consent to cookies being used. For more information about how Hockey Canada handles the information we collect, please review our privacy policy.
© Copyright 2022 Hockey Canada