Learn about the programs supported by the Hockey Canada Foundation

Every season, the Hockey Canada Foundation reaches thousand of young Canadians through a variety of programs designed to get more people playing Canada's game.

The Hockey Canada Foundation Assist Fund is a $1 million fund dedicated to helping Canadian youth return to hockey during and after COVID-19. It will provide up to $500 per player in registration fee subsidies to approved applicants registered with a sanctioned Hockey Canada association. Canadians can also make a donation to the fund to support their community. One hundred percent of all donations will go to supporting access for youth to hockey.

Dreams Come True is a financial assistance program that brings hockey into the lives of children who might otherwise never get the opportunity to play. The program subsidizes registration fees and provides head-to-toe equipment in various communities across the country, and has introduced hockey to 1,226 kids since 2006. 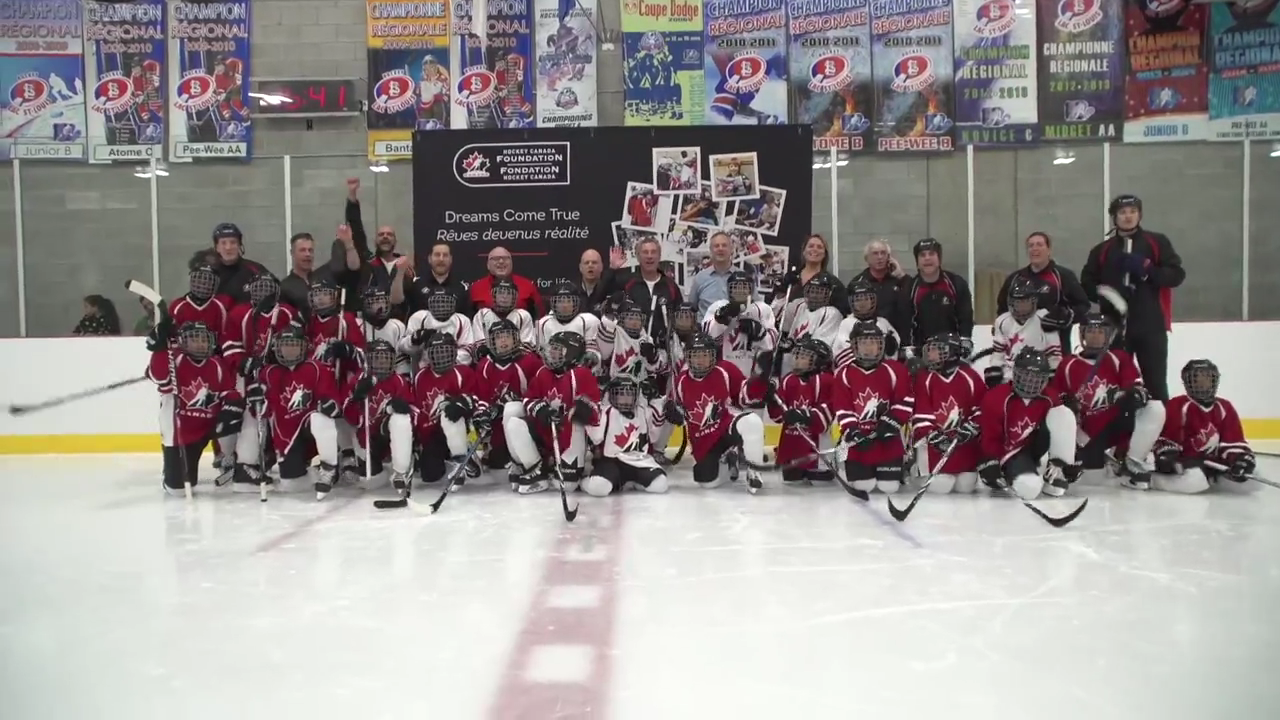 Dreams come true
The HCF paid a visit to Montreal, Que., getting 29 young players onto the ice and into the game.

Dreams come true
The HCF visited Edmonton to get girls onto the ice and into the game. 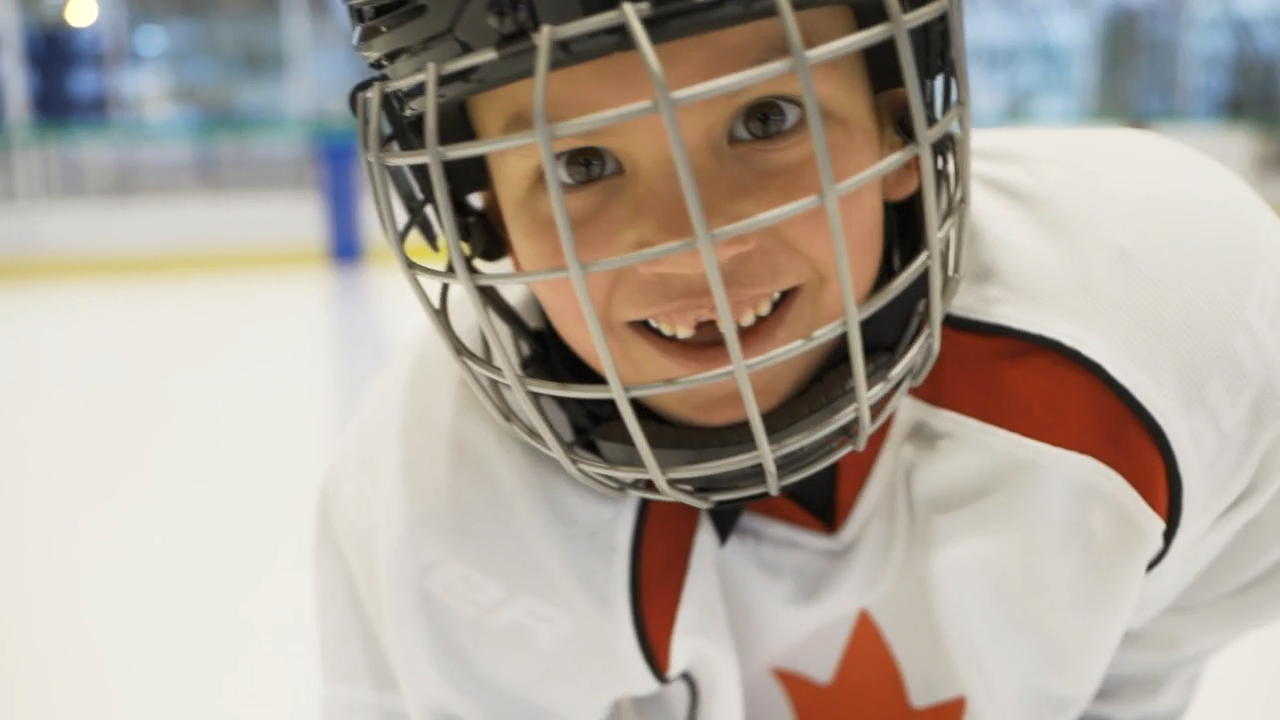 Dreams Come True
The HC Foundation got young Indigenous players into the game. 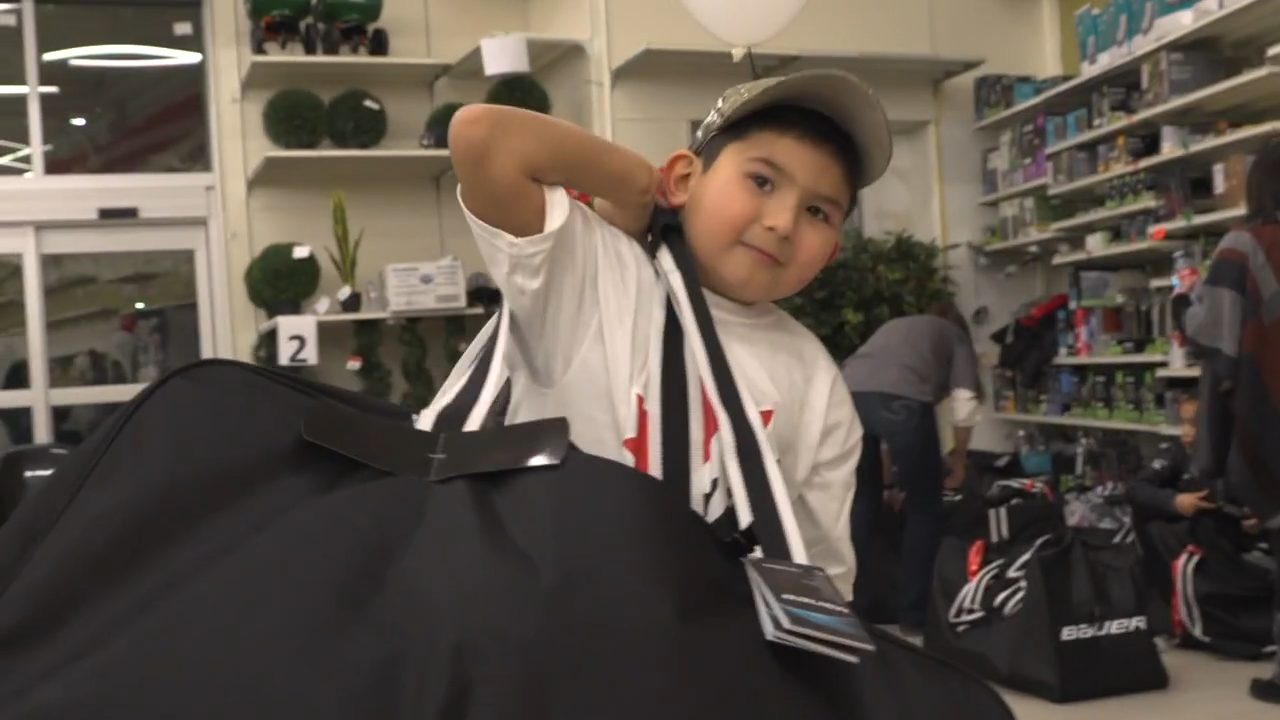 Dreams come true
The HCF helped 30 young players get on the ice in Yellowknife, N.W.T.

A legacy in Edmonton
The HC Foundation will leave $371,649 from the Gala & Golf event.
Hockey Canada Foundation Edmonton Oilers 2nd Shift Every Kid Every Community

A six-week program that introduces hockey to children ages 6-10 who might otherwise never experience the sport. The program provides fully fitted sets of head-to-toe equipment, 6 on-ice training sessions, and a safe environment where beginners can develop an appreciation for the game.

The Big Play is a coordinated effort between the Hockey Canada Foundation and Canadian Tire Jumpstart. The program provides $500 to children starting out on their hockey journey that they can either spend on equipment or registration, making the game more accessible for families who might be unable to afford these costs. In 2016, the program helped fund hockey fees for more than 1,600 children.

Esso Fun Days are an all ages introduction to female hockey that are free for all participants. The program removes financial barriers to the game and provides a fun and inclusive environment where girls and women can make connections with each other, learn the basics of hockey, and build self-confidence.

The World Girls’ Hockey Weekend is an international recruitment effort led by the International Ice Hockey Foundation, that aims to recruit as many girls as possible into hockey as throughout the course of a single weekend. Eligible grassroots organizations and programs can apply to join the weekend and receive supports from Hockey Canada to help increase recruitment, engagement, and retention of girl hockey players throughout the event.

The Girls’ Global Game is a celebration connecting countries from all over the world in a single effort to grow female hockey. Over two-and-a-half days, 40 countries will host one-hour games in succession, beginning in New Zealand and making its way across six continents until reaching its final destination here in Canada. Each country that participates identifies players that will represent Team Blue and Team White. As the game wraps up in one federation, it picks up in the next where the score continues to grow. As the game plays on, females from all over the world are united as teammates!

The Hockey Canada Foundation has launched the Pat Quinn Scholarship Fund to honour the Team Canada coaching legend. Quinn's international résumé includes gold at the 2002 Winter Olympics, 2008 World U18 Championship and 2009 World Juniors, and a World Cup of Hockey title in 2004.

The scholarship is intended for full-time students achieving academic excellence and exemplifying Pat's qualities of integrity, leadership, excellence and thirst for knowledge.

2014 Celebrity Classic Golf Day
Alumni gathered for the annual fund-raising tournament.
More
Recent News
Most Popular
Jason La Rose - June 27, 2022
Dynamic duo headed to the Hall
Roberto Luongo and Herb Carnegie join four others in the Class of 2022 for Hockey Hall of Fame
Jason La Rose - April 22, 2022
Guy Lafleur: 1951-2022
Hockey Canada sadly acknowledges the passing of the hockey legend, Team Canada alumnus and Order of Hockey in Canada honouree
Bernadette Larose - November 21, 2021
A hometown honour
With Canada’s National Women’s Team in Kingston, Ont., for the Rivalry Series, Team Canada icon and local legend Jayna Hefford is getting a hero’s welcome
Chris Jurewicz - November 17, 2021
Loose Pucks and Ice Bags
A legend in the coaching world, Dave King has pulled together notes from close to five decades in the game for a new book geared towards coaches, players and parents
Jason La Rose - November 15, 2021
Say hello to the Hall
After a one-year delay, a Canadian-heavy group are finally taking their rightful place in the Hockey Hall of Fame
MORE
Accept
Our sites use cookies to help streamline your experience and enable us to plan future improvements. By continuing to use our site, you consent to cookies being used. For more information about how Hockey Canada handles the information we collect, please review our privacy policy.
© Copyright 2022 Hockey Canada