Mandate & Mission – Who is Hockey Canada?

Hockey Canada is the national governing body for grassroots hockey in the country. The organization works in conjunction with the 13 member branches, the Canadian Hockey League and U Sports in growing the game at all levels.

Hockey Canada oversees the management of programs in Canada from entry-level to high performance teams and competitions, including world championships and the Olympic Winter Games. Hockey Canada is also Canada’s voice within the International Ice Hockey Federation. Hockey Canada has offices in Calgary, Ottawa and Toronto, and operates regional centres in Ontario and Quebec.

In a positive hockey experience for all participants, in a safe, sportsmanlike environment.

In the development of life skills which will benefit participants throughout their lives.

In the values of fair play and sportsmanship, including the development of respect for all people by all participants.

In hockey opportunities for all people regardless of age, gender, colour, race, ethnic origin, religion, sexual orientation, or socio-economic status and in both official languages.

In the importance for participants to develop dignity and self- esteem.

To instill the values of honesty and integrity in participants at all times.

In the promotion of teamwork, and the belief that what groups and society can achieve as a whole is greater than that which can be achieved by individuals.

In the country of Canada, its tradition in the game of hockey, and the proud and successful representation of this tradition around the world.

In the value of hard work, determination, the pursuit of excellence and success in all activities.

In the benefits of personal and physical well- being.

The members of the Hockey Canada Board of Directors come from all walks of life and from all corners of this country, yet they all have one thing in common – they are custodians of the game who want nothing more than for hockey to prosper in the land of Olympic and world champions. These men and women are elected by their peers from Hockey Canada’s 13 member branches and help develop a comprehensive plan to grow the game on a local and national level. The board is composed of volunteers who graciously devote their time and energy to the betterment of the game of hockey from coast to coast to coast. 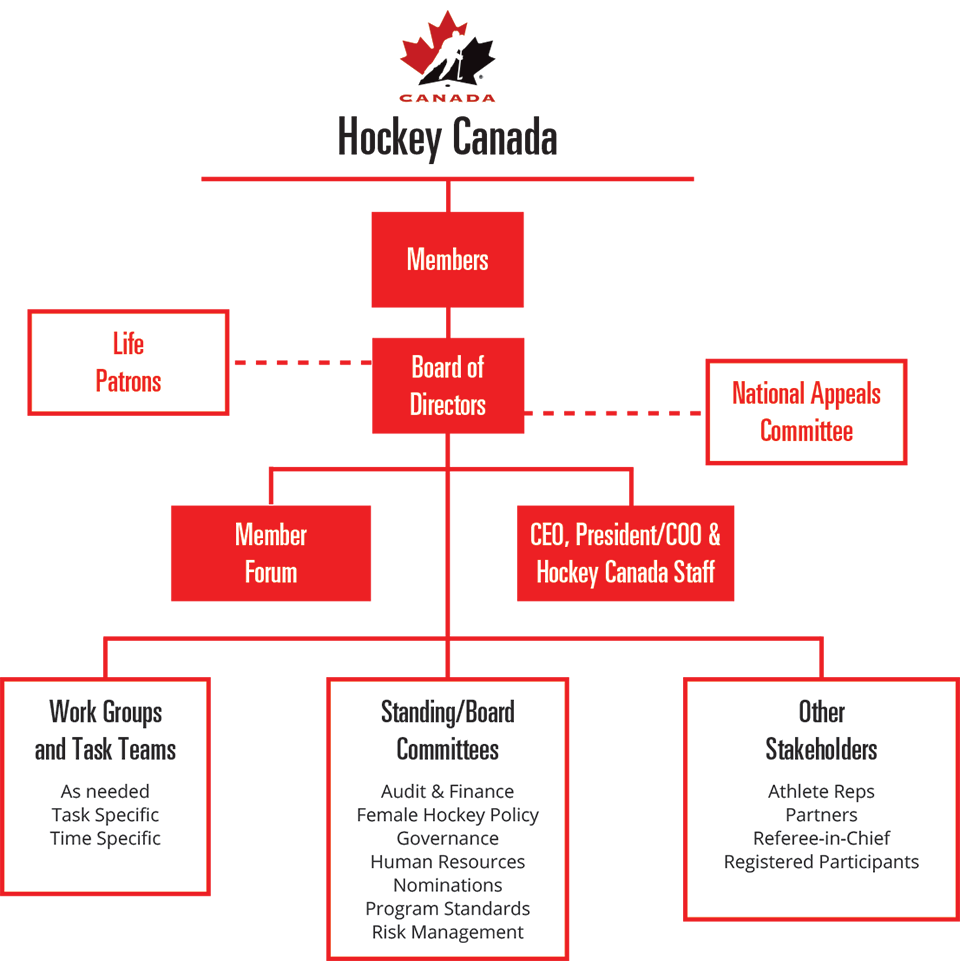 Looking Back at the History of Hockey Canada
2014 marked a milestone in the history of hockey in Canada – the 100th anniversary of the Amateur Hockey Association of Canada.

Plan To Improve Canada’s Game
We need to address toxic behaviours. This Action Plan does that.
Read the Action Plan
Videos
Photos
More