Para hockey is the Paralympic version of ice hockey and, since its debut on the Paralympic program in 1994 , it has become one of the biggest attractions for spectators at the Paralympic Winter Games. It is fast-paced, highly physical and played by athletes with a physical disability in the lower part of the body.

Each team has six players on the ice, including the goaltender.

Para hockey is governed by the IPC (International Paralympic Committee) . It follows the rules of the International Ice Hockey Federation (IIHF) with a few modifications.

Athletes sit strapped into a metal frame that rests on two regular-sized skate blades. The sled is raised high enough to allow the puck to pass underneath. Athletes use two 75- cm- long hockey sticks, with picks on one end and blades on the other. The pick is used to propel the sled across the ice, and the slightly curved blade is used to handle the puck.

To participate in IPC competitions and sanctioned events (i.e. Paralympic Winter Games), athletes must have an impairment of permanent nature in the lower part of the body of such a degree that it is obvious and easily recognizable and makes ordinary skating – and consequently playing stand-up hockey – impossible. 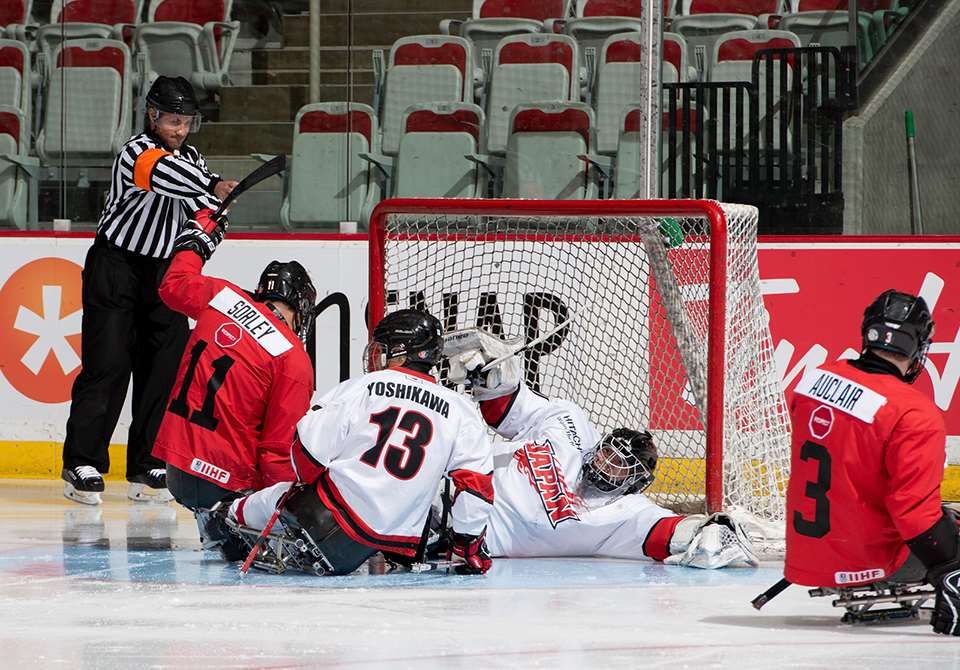 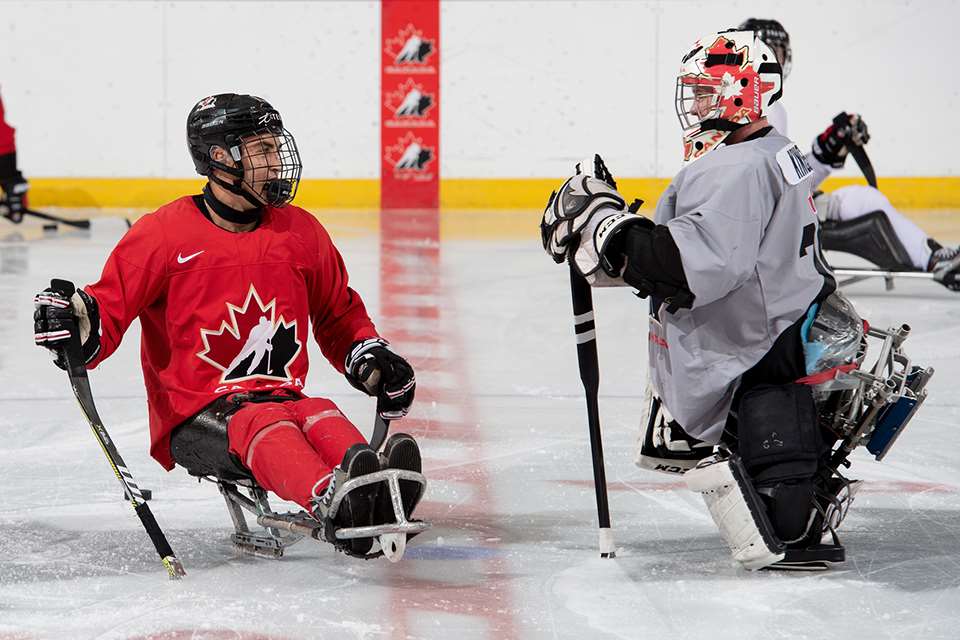 2019 NPT Camp: RED 1 – WHT 0 (Game 3)
Culmone scored and Larocque made 14 saves to help Red blank White.
More
Accept
Our sites use cookies to help streamline your experience and enable us to plan future improvements. By continuing to use our site, you consent to cookies being used. For more information about how Hockey Canada handles the information we collect, please review our privacy policy.
© Copyright 2020 Hockey Canada