Scoring results in more enjoyment and more wins at every level of hockey. The importance of effectively shooting the puck and efficiently creating offence increases as players face more skilled defenders and goaltenders. 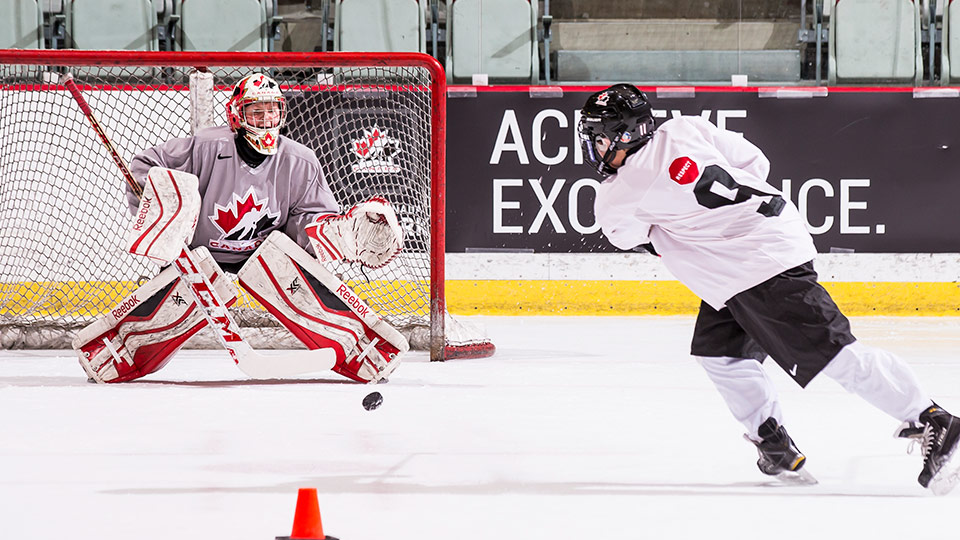 The Shooting and Scoring Pathway recommends no position specific specialization until Peewee. Young players should focus is on physical/motor skills and technical skills. By mid-teens and beyond, emphasis for shooting should include deception skills, shooting from all areas of the ice off of both the inside and outside foot.

Work on the shooting basics players utilize in every game and design practices to teach and reinforce these with repetitions. Mimic the shots players use and make these as game‐like as possible progressing from skating, skating with a puck and then shooting and scoring.

The scoring situations are broken down to 10 categories to help shooters recognize the situation and select the best way to attack it.

Shooters have to be able to read goaltending options, their own team mates and the defending players position while processing the situation.