ST. PÖLTEN, Austria – Victoria Bach (Milton, Ont./Boston University, HE) had two goals and two assists to pace the offence and lead Canada’s National Women’s Development Team to an 8-0 shutout win over Hungary in the second of its three pre-tournament games ahead of the 2016 Nations Cup.

Mélodie Daoust (Valleyfield, Que./McGill, RSEQ) added two goals and one assist and Cassandra Poudrier (Lachenaie, Que./Cornell University, ECAC) had one of each.

Amanda Leveille (Kingston, Ont./University of Minnesota, WCHA) had a quiet night in the Canadian goal, needing to make just three saves to record the shutout and the win.

Poudrier made it 3-0 at 10;40, and Daoust capped a busy opening frame at 13:27 as the Canadians peppered Hungarian netminder Aniko Nemeth with 22 shots in the first 20 minutes, compared to just one directed at Leveille.

Hanna Bunton (Belleville, Ont./Cornell University, ECAC) gave Canada its lone power play goal at 7:36 of the middle frame, before Daoust netted her second of the game only 18 seconds later.

The red-and-white representatives got the only goal of the third period off an unassisted effort from Shannon MacAulay (Mount Herbert, P.E.I./Clarkson University, ECAC) just past the eight-minute mark. Final shots on goal favoured the Canadians, 46-3.

Canada closes out its pre-tournament schedule Saturday against the Czech Republic in St. Pölten (7:30 a.m. ET/4:30 a.m. PT) before travelling to Füssen, Germany, to open the Nations Cup against Sweden on Monday.

TELUS: REG 6 – STR 3 (Bronze Medal)
Miller and Woods had three points apiece to lead the Pat Canadians over the Bisons for bronze.

TELUS: TOR 3 – REG 1 (Semifinal)
Regan got the winner seven minutes into the third period to send the Young Nationals to the final.

TELUS: CHA 7 – STR 1 (Semifinal)
The Grenadiers scored the game’s final seven goals to beat the Bisons and return to the gold medal game. 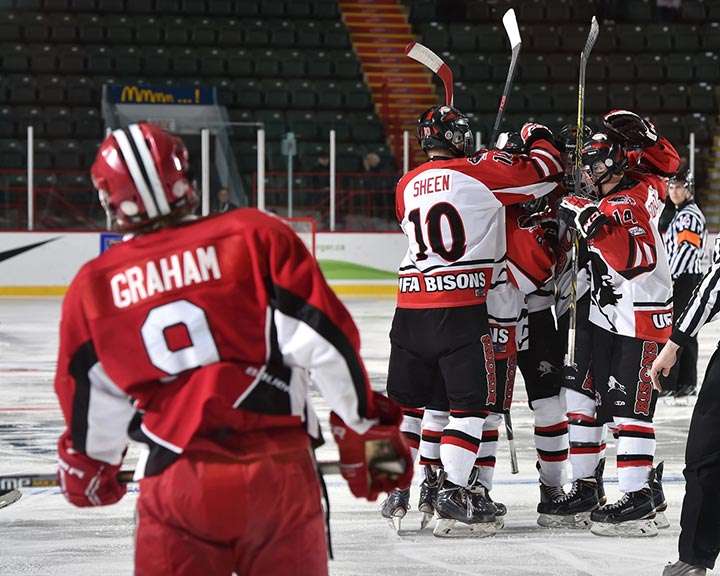 TELUS: STR 5 – TOR 3 (Preliminary)
Conley had a goal and an assist and Campbell made 40 saves to lead the Bisons to a win and third place.

TELUS: NEW 3 – REG 3 (Preliminary)
The Gladiators and Pat Canadians combined for five power play goals as they finished the prelims with a tie.

TELUS: STR 6 – NEW 2 (Preliminary)
Haden, Gordon, Lavalee and Vinnell each had a goal and an assist to lead to the Bisons to a victory.

TELUS: CHA 4 – TOR 1 (Preliminary)
Comtois had four points, and the Grenadiers scored three times in the first 12 minutes to get the win.

TELUS: TOR 3 – CND 2 (Preliminary)
Guest’s second goal of the game with 3:32 left in the third period gives Toronto a win on Wednesday.