SOCHI, Russia – Veteran forward Hayley Wickenheiser had a goal and two assists to lead Canada to a 9-1 rout of Russia in a women's hockey exhibition game Tuesday at Shayba Arena. 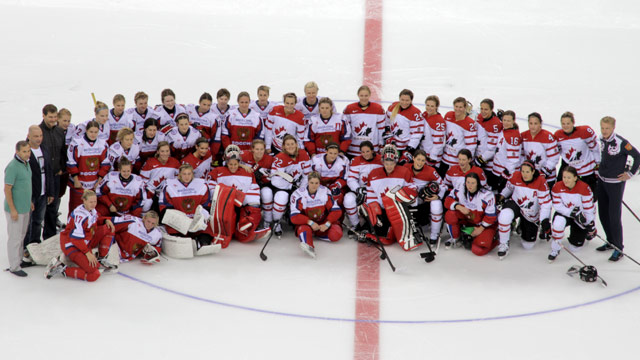 Canada defeated the host side 6-1 in the opener of the two-game series on Sunday. The series gave the Canadian team an opportunity to get accustomed to the Olympic venue and surrounding area.

“The main goal here was familiarization with the rink, the venues, the Olympic Park and just the city in general,” said Canadian head coach Dan Church.

Yekaterina Smolentseva had the lone goal for Russia.

The Sochi Games will begin Feb. 7. Canada won gold at the 2010 Vancouver Games.