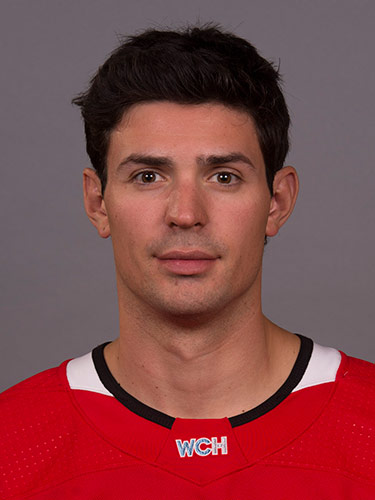 Son of Jerry and Lynda … Has one sister, Kayla … Married to wife Angela … Has one daughter, Liv … His father, Jerry, was selected by the Philadelphia Flyers in the 1978 NHL Amateur Draft (8th round, 126th overall) … His mother, Lynda, is chief of the Ulkatcho First Nation … Won the Lou Marsh Trophy as Canada’s top athlete in 2015 … Won the Lionel Conacher Award as Canada’s top male athlete in 2015 … Favourite NHL player growing up: Marty Turco … Favourite NHL team growing up: Edmonton Oilers … Is a first cousin of Team Canada alumnus and Arizona Coyotes captain Shane Doan