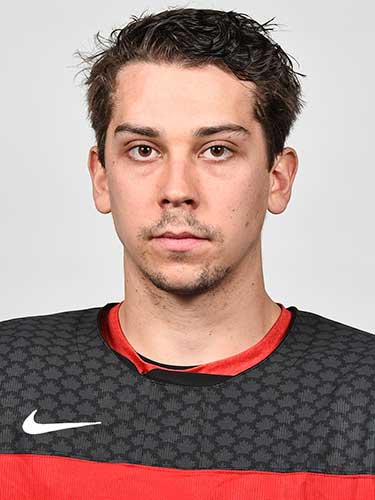 Son of Chris and Trish ... Has two brothers, Ryan and Matthew ... His brother, Ryan, plays for the NHL’s New York Islanders, and was a member of Canada’s National Junior Team in 2012 and 2013 ... His brother, Matthew, played for Canada Black at the 2015 World Under-17 Hockey Challenge ... Favourite NHL team growing up: Toronto Maple Leafs... Favourite player: Joe Thornton ... Won a national lacrosse championship with Ontario in 2009