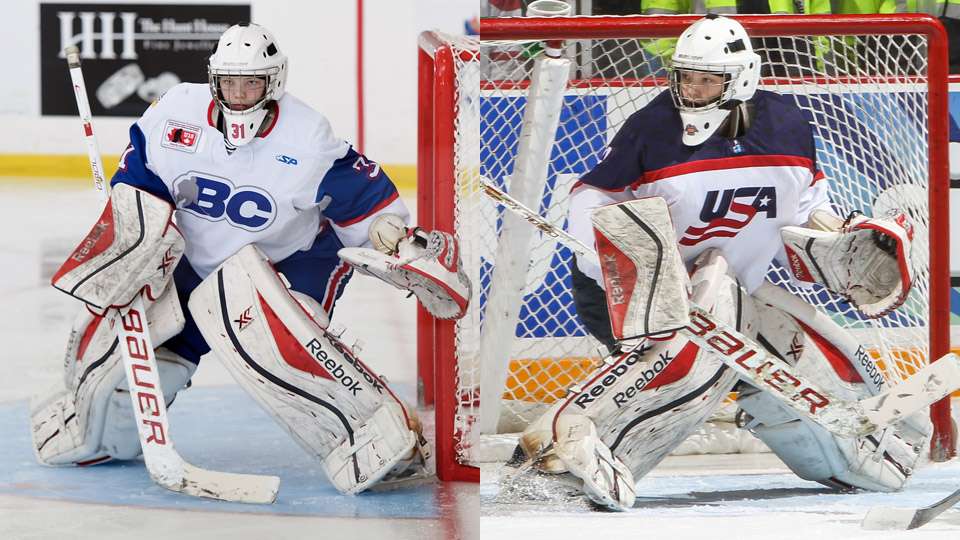 In November, Alex Gulstene represented British Columbia at the U18 nationals; now she’s playing for the United States at the IIHF U18 Women’s World Championship

Favourite ()
Ask Alex Gulstene to name her most memorable hockey moment and she doesn’t hesitate: putting on a national jersey and representing her country through hockey.

It was a question posed to every player who competed at the 2015 National Women’s Under-18 Championship in November. It’s safe to say any of the 160 players who were in Huntsville, Ont., would feel the same. But what causes a double-take in Gulstene’s answer is because of what’s found farther up the questionnaire, on lines two and three.

Dad Kevin was born in Alberta, mom Cheryl in Nova Scotia. Cheryl’s job as a lawyer landed her in the American Midwest in the late 1990s; in 2001 the family moved to Vancouver when she took a job with a different firm. Gulstene is a dual citizen.

In a span of five months, she will have played for the United States against Canada in the annual three-game under-18 summer series (her second time doing so); represented British Columbia at the U18 nationals; and played for the Americans at the 2016 IIHF U18 Women’s World Championship.

“There’s definitely a feeling of pride for both [province and country],” says Gulstene, who felt the American system was a better fit for her. But it’s a different sense of pride – or maybe accomplishment – in being named one of the top 22 players in a province versus in a country. “There’s just something special about wearing a country’s jersey.”

Gulstene spent her early years playing in North Vancouver, with the North Shore Avalanche and North Shore Winter Club. She knew she wanted to be a goaltender right from the start.

“I watched a couple of NHL games and I really looked up to the goalies as [being] huge leaders on the ice,” she says. “I was like, I want to be that. Also, as a kid, the equipment just looked awesome, so that was part of it.”

The goaltender started four games for British Columbia at the U18 nationals, going 2-2 and helping the team to a fourth-place finish.

It’s not uncommon at any level of hockey for players to be part of multiple teams, being teammates one day, then opponent the next. But when the teams are Canada and the United States, and the stage is women’s hockey, that can present a different wrinkle.

For Gulstene, though, it’s never been an issue; everybody just simply loves the game.

“A couple of my B.C. teammates are on Team Canada, so there’s a little bit of a rivalry and competition there,” says Gulstene. “If we’re playing together we’re just glad to be playing hockey and we don’t make too big of a deal about it.”

The 2015 U18 nationals wasn’t the first time Gulstene participated in a national championship. At the 2013 Esso Cup in Burnaby, B.C., she was rostered as a defenceman for the host Fraser Valley Phantom. Gulstene had turned 14 only a week before the event, Canada’s National Female Midget Championship, started. While she did not dress during the competition, the experience of being on a big stage at such a young age left an indelible impression.

“I think just to be grateful for all the experiences that you can have,” says Gulstene, “and to take and absorb as much information as you can from each experience.”

Family has flown in from British Columbia to cheer her on at her next big event, this week in St. Catharines. Dad should be easy to spot, donning a Team USA jersey among the red-and-white faithful at the Meridian Centre. As for Mom? “I don’t know if we’ll convince her to get all the way across on the jersey,” says Gulstene, laughing.

Just as there’s some internal struggle within her home, Gulstene, too, occasionally wrestles on which flag to wave.

“I do feel a certain amount of divided loyalty because I know kids and players on both teams,” she says. “I generally cheer for the U.S., but it’s just such an awesome rivalry that it’s hard to really pick.”