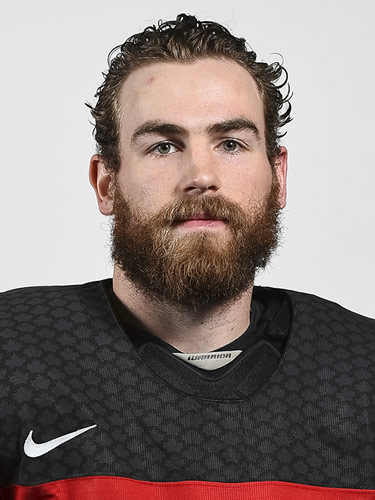 Son of Brian and Bonnie … Has one brother, Cal, and two sisters, Tara and Shannon … Purchases and donates game tickets to every Colorado home game for charity … Favourite NHL team growing up: Edmonton Oilers … Favourite player growing up: Joe Thornton … His parents are both volunteers with the Children’s Aid Society of Ontario and serve as social workers in Ontario … His brother, Cal, played 20 NHL games this season with Buffalo … His sister, Tara, played with the Carleton University women’s hockey team from 2006-10, serving as team captain in her final season

2018 U17: CAN-R 4 – FIN 3 OT (Preliminary)
Jarvis tucked in the OT winner to help Red finish prelims on a high.
Accept
Our sites use cookies to help streamline your experience and enable us to plan future improvements. By continuing to use our site, you consent to cookies being used. For more information about how Hockey Canada handles the information we collect, please review our privacy policy.
© Copyright 2021 Hockey Canada