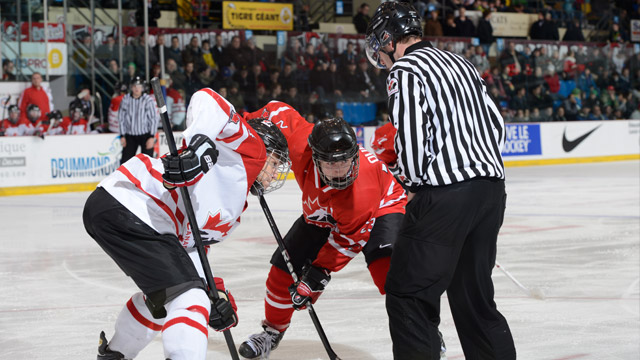 The official continues to assume the role of being in charge of the overall environment; however, the safety person takes over with respect to executing the Emergency Action Plan (EAP) and in making decisions around the injured player.

In a situation where a player is injured on the ice, the following are the responsibilities of the game officials: 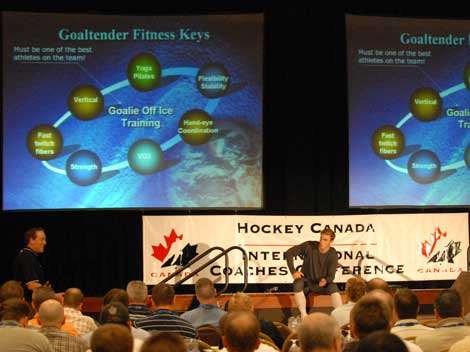 2006 Coaches - July 6-9
2006 Hockey Programs Coaches July 6-9
More
Recent News
Most Popular
Jonathan Yue - September 24, 2022
If you see it, you can be it
Growing the game beyond the ice, Courtney Birchard-Kessel, Tara Watchorn and Stefanie McKeough made history as the first all-women coaching staff in under-18 program history
Troy Ryan - September 23, 2022
In my own words: Troy Ryan
The gold medal-winning head coach reflects on how he got involved in the women’s game, what makes Canada’s National Women’s Team so special and the best advice he’s received
François Lafleur - June 22, 2022
Sharing her passion for hockey
The national winner of the 2022 BFL Female Coach of the Year (Competitive), Laurence Beaulieu is driven by her love of the game as she climbs the coaching ladder
Chris Jurewicz - June 22, 2022
A fierce fighter for the women’s game
The national winner of the 2022 BFL Female Coach of the Year (Community), Amy Doerksen is more than a coach – she’s an advocate who is pushing for the progression of women’s hockey
Chris Jurewicz - June 22, 2022
Finding her place in the game
The national winner of the 2022 BFL Female Coach of the Year (High Performance), Sarah Hilworth bounced back quickly from a devastating injury to carve out a career behind the bench
MORE
Accept
Our sites use cookies to help streamline your experience and enable us to plan future improvements. By continuing to use our site, you consent to cookies being used. For more information about how Hockey Canada handles the information we collect, please review our privacy policy.
© Copyright 2022 Hockey Canada