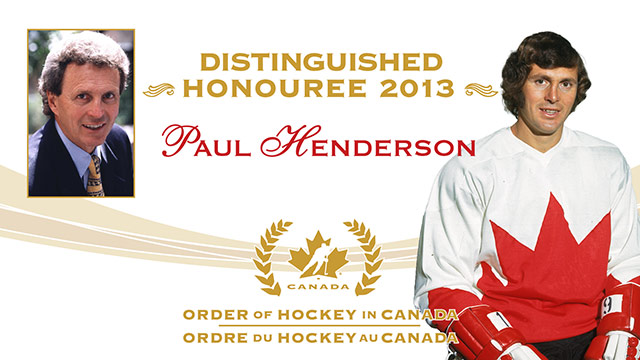 • Played 13 seasons in the NHL, with Detroit, Toronto and Atlanta
• Played in two NHL All-Star Games (1972, 1973)
• Also played in the WHA from 1974 to 1979
• Scored the winning goals in the last three games of the 1972 Summit Series against the USSR, including the historic winning goal with 34 seconds left in the final game to give Team Canada the series win
• Tied for most goals (7) in the 1972 Summit Series with Phil Esposito and Alexander Yakushev
• Also played for Canada in the 1974 Summit Series in which Canadian WHA players were pitted against the Soviet team
• One of only three players to play for Team Canada in both Summit Series, along with Pat Stapleton and Frank Mahovlich
• Played with the OHA’s Hamilton Red Wings for three years prior to his professional career, through 1962-63, registering 49 goals in 48 games in his final OHA season.

• Born on January 28, 1943 in Kincardine, Ont.
• Presently works in various ministries affiliated with the Campus Crusade for Christ
• Was diagnosed with Leukemia in 2010
• A reknowned speaker, he addresses the lessons of leadership, teamwork and commitment to motivate organizations around the world to reach their own goals

• Inducted into Canada’s Sports Hall of Fame in 1995
• Received an honorary Doctor of Divinity from Tyndale University College and Seminary
• In September 2011, Henderson’s game-worn jersey from the 1972 Summit Series was the focus of a tour through eastern Canada, starting in his hometown of Lucknow, and stopping in 40 towns through mid-February
• The jersey recently sold for over $1 million at an auction (US $1,067,538),which is believed to be a record for any hockey item.
• The 1972 Summit Series, including Henderson’s historic series-winning goal,was identified as the # 2 Top Story in the first 100 years of the International Ice Hockey Federation as part of 100th anniversary celebrations in 2007-08